Containers are a type of item exclusive to Counter-Strike: Global Offensive. When opened, they will provide a player with a cosmetic item, randomly selected from the container's selection of cosmetic items, with those of higher rarity having a smaller chance to appear.

Weapon Cases were introduced in the Arms Deal update. Players have a chance to receive weapon cases as a drop after each completed game on a VAC secured server.

In order to open a weapon case, the player requires a matching key which can be bought in-game. Alternatively tradable keys can be bought from another player via the Steam Market, but these tradable keys are limited in quanity. Tradable keys were removed in the Key Change update on October 28th, 2019, which made all future keys restricted to the purchasing account. Each weapon case contains a collection of weapon skins ranging from Mil-Spec (rare) skins to exceedingly rare knife skins. Unique to weapon cases, there is also a chance to receive a StatTrak™ version of the weapon skin you receive.

Types of weapon cases include:

On September 11, 2017, Perfect World CS:GO Team released information regarding the probability of item quality available from Weapon Cases, in accordance with policy from the Ministry of Culture mandating that Chinese video games with lootbox-type microtransactions need to announce their loot quality stats.[1]

The probability of items received in a weapon case are calculated under the following rules:

In percentage forms, the probability of individual item grades are as follows:[3]

The probability of individual items in each item grade is then divided equally for all available items. The properties of the item itself (e.g. float & wear values) are further randomized.

Sticker Capsules are a type of container in Counter-Strike: Global Offensive. Dropped sticker capsules require a corresponding sticker capsule key to be used in order to be opened. When opened, the player will receive a random sticker from the capsule contents.

The types of sticker capsules include:

Souvenir Packages are a type of container dropped during a championship match in Counter-Strike: Global Offensive. Since the StarLadder Berlin Major 2019, souvenirs can only be purchased by using souvenir tokens.

Unlike other containers, they do not need any key to be used or opened. When opened, they drop a Souvenir quality weapon skin with one or more tournament stickers already applied.

Patch Packs are a type of container in Counter-Strike: Global Offensive. Patch packs can be purchased from the In-game Store, though some patches are exclusive as operation rewards.

They do not require a key to open. Once opened they will drop a patch which can be applied to an agent.

Only available for players with the prime status upgrade, the prime drops are cases which are typically released recently. The Recoil Case is the most recent addition to the prime drops pool.

Store offers are available through either the In-game Store, or through an operation store (if an operation is active).

Often incorrectly referred to as "discontinued", rare series are available as drops to prime players only. These are dropped far less often than the Active series drops.

Retired series are discontinued. They either no longer drop, or have been removed from the In-game Store, Operation store, or Major store. Whilst these series can still be purchased through the Community Market, their supply is finite. 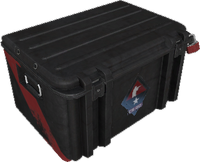 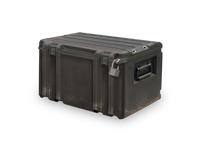