There are two ways to launch the Perfect World Edition of CS:GO:

Both methods require a Steam account to be connected with a Perfect World Pass. This connection cannot be disconnected.

If a player does not want to complete the ID verification, full CS:GO license can still be bought with 88 CNY. If a player chooses this way, a profile rank of Lieutenant Rank 21 or above is needed to participate the Prime Account Matchmaking. Furthermore, in this way the player can switch between non-Perfect World official servers and the Perfect World servers.

CS:GO will launch in Perfect World mode by default for all users in China mainland, and the "-perfectworld" command is not needed for these players. If the players have not linked Perfect World Passes and Steam accounts, CS:GO will be redirected to a page for players to finish the connection.

"-worldwide" command line option will allow users in China mainland to launch the worldwide version of the game to play on non-Perfect World official servers.

Perfect World released special stickers and graffiti as the open beta test began. These items are based on traditional and popular culture icons in China.

Perfect World players who began playing in the first month of the open beta test will receive a free graffiti pattern and two free stickers, featuring art created by Perfect World. These stickers and graffiti will become available for purchase worldwide starting in October 2017. 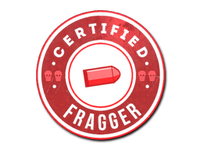 "The Fragger" Sticker without any censorship 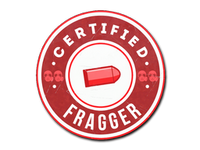 "The Fragger" Sticker in Perfect World 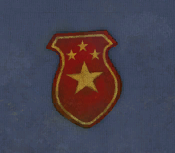 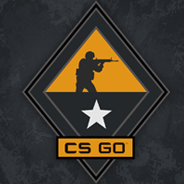