View source
watch 02:30
Dead Cells Final DLC - The Loop
Do you like this video?
Play Sound

Counter-Terrorists, commonly abbreviated as CTs, are one of the two forces featured in the Counter-Strike series, opposing the Terrorists.

Their traits include having a wider arsenal of weapons as well as having a slight tactical advantage on many maps. However, many of their weapons are much more expensive and inflict less damage.

In all Counter-Strike games, the Counter-Terrorists' team color is blue.

Winning conditions vary for each scenario although the Counter-Terrorists will prevail if all Terrorists are eliminated (unless the bomb detonates before it can be defused, in the case of defusal mode).

Shared with the Ts 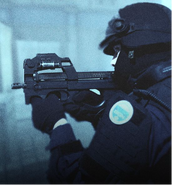 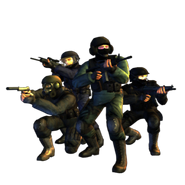