View source
watch 04:03
Wiki Targeted (Games)
Do you like this video?
Play Sound

Gloves are an element of clothing added in Counter-Strike: Global Offensive part of November 28, 2016 Update. This feature allows player to visually change the gloves their player characters wear.

Gloves are visible in third person during gameplay and spectating player who have equipped it.

Gloves are all classified as "exceedingly rare items" and all contain a star in their name. 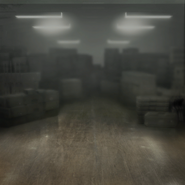