Graffiti is a item added in Counter-Strike: Global Offensive's October 6, 2016 update. It reintroduces Sprays (as they were previously unavailable in the game) under a new name as an individual item and with significant changes.

Graffiti, like weapon skins, have their own rarity. Two variants exist for graffiti:

Yes (Not sealed graffiti only)

Yes (Not sealed graffiti only) 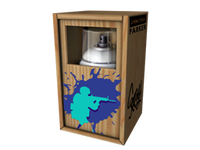 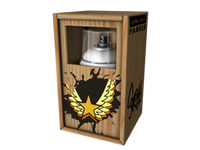