View source
watch 02:53
GTA: The Criminal Enterprises - The Loop
Do you like this video?
Play Sound
Overview
Missions

“Join the fight and take part in Operation Broken Fang. New challenges await, with the all-new Retakes and the exclusive Broken Fang Premier. Play new maps across a variety of game modes, and see how you measure up in the Operation Stats page. Complete weekly missions and choose from a variety of rewards including new agents, weapon collections, stickers, patches, and graffiti.”
―Official description

. This Operation introduced the Retakes mode and an alternative 5 versus 5 competitive mode named the Broken Fang Premier mode which added map picks and bans, and was originally exclusive to players who brought the operation pass, but was made available to all players in the March 29, 2021 update.

Also included in a Operation statistics panel (later converted to CS:GO 360 Stats) which records a wide variety of stats. It records average damage per round, weapon performance, map win rates, a "best mate" which is a teammate who helped you achieve your highest ratio of rounds won to rounds lost, entry kills, HE grenade success and flashbang success. Moreover there is map heatmaps which can be adjusted to show grenade, smoke, incendiary and flashbang success, kills and deaths and K/D. There is a shooting accuracy diagram which displays your body part accuracy. 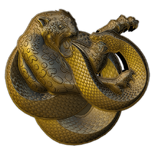 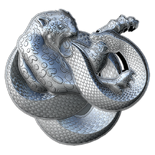 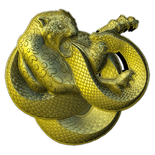 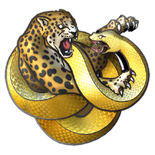 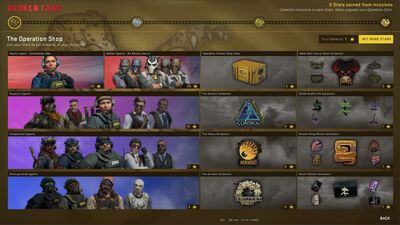 The missions for Operation Broken Fang have many references to culture, media, and commonly used terms. As of Week 5, here are the references: 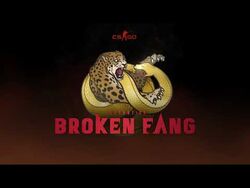