Operation Phoenix Weapon Case
Operation Phoenix (styled as PHO3NIX), was the third Counter-Strike: Global Offensive Operation, following Operation Bravo. It was introduced on the February 20th, 2014 and was originally scheduled to last until June 4th, but the duration of the Operation was extended to June 11th.[1]

Like Bravo, the operation introduced a new case called the Operation Phoenix Case. Unlike the previous operation, the chance for the case to drop was originally exclusive to pass owners. However, as of the June 11, 2014 update, the weapon case is available to drop for all players. 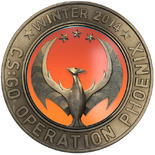 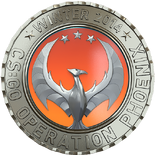 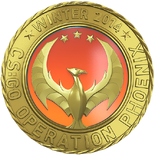