View source
watch 02:53
GTA: The Criminal Enterprises - The Loop
Do you like this video?
Play Sound
Overview
Transcript
Walkthrough

An Army Blackhawk has been shot down. Casualties are certain, however there are survivors. It is imperative that any survivors be retrieved and escorted to the evacuation point.

Locate the Delta Force operative.
Make your way to the extraction point.

“CNC, This is Redtail 5! We've been hit and are going down! Redtail 5 is going down!”
―Pilot

This article is about the Counter-Strike: Condition Zero Deleted Scenes mission. For the gameplay mechanic, see Recoil.

Recoil is the first mission in Counter-Strike: Condition Zero Deleted Scenes. After surviving a catastrophic helicopter crash, the player is forced to travel throughout his immediate surroundings. Along his way to the extraction point, the player fights Elite Crew members and saves a recently captured Delta Force Sniper. The player must bring the Delta Force Sniper back alive, or else the mission will fail. The only way the operative can die is if the player accidentally shoots him.

In the opening cutscene, the squad Redtail 5, including the player character sits in a helicopter, flying into a hostile environment. Shortly after the pilot announces their approach to the drop point, the co-pilot spots an RPG from the east. Unable to evade, the craft is hit and crashes into a dense urban settlement.

While the player character reaches the friendlies one street over and clears the LZ of opposition, the sniper's location is exposed. He is held hostage by the terrorists and the player character is tasked with rescuing him. CNC alerts the couple of the dust-off's arrival. The two double back with guns blazing. Within no time, the survivors secure the rendezvous point and are extracted. 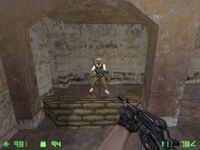 A Terrorist using the M2. 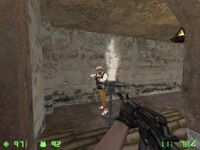 Ditto, destroyed, Note the user is not killed. 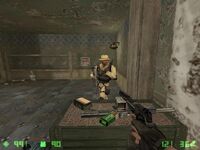 A Delta Force sniper in a supply room. 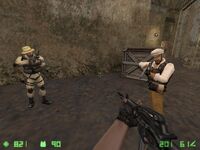 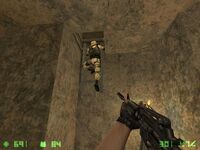 The sniper in the tower. 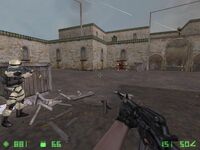 A Seal member with the M60 attacking Enemies. 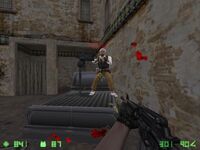 An Elite Crew member using the M2 on the Technical. 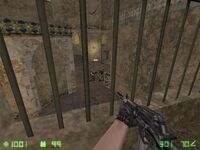 The Terrorists have captured the sniper as seen by the player 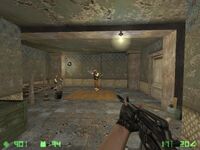 An Elite Crew member with the restrained Sniper 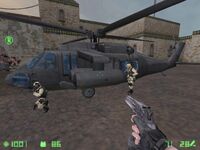 A Black Hawk waiting for the sniper and the player