Terrorists, commonly abbreviated as Ts, are one of the two forces featured in all of the Counter-Strike games, opposing the Counter-Terrorists.

Their traits include much more powerful weapons, as well as their smaller, but cheaper armament.

Winning conditions vary for each scenario. Despite the scenario, the Terrorists will prevail if all Counter-Terrorists are eliminated.

Shared with the CTs

* Are available exclusively as Agents, added in Global Offensive 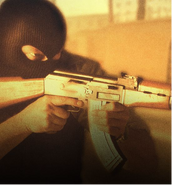 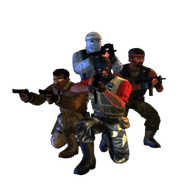