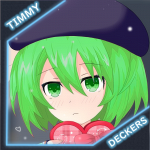 I was an avid player of the Counter-Strike games and I used to edit many CS wiki pages. I was active since July 22, 2012. I became a rollbacker since 29 October 2013 and I became a bureaucrat since 23 April 2014. However I took a retirement since 4 September 2018.

Pages created since I joined this wiki

PS: Thanks to TheNeXusCore for giving me the download link of de_vegas.

Retrieved from "https://counterstrike.fandom.com/wiki/User:Yong_feng?oldid=139398"
Community content is available under CC-BY-SA unless otherwise noted.